Welcome to the high manager position interview at Tie Industries.

Pass several deadly tests to get the job and die happy! Illogical puzzles and unexpected plot twists in a first-person puzzle await you.

This UE4-powered game was made from scratch in two weeks for Unexpected Game Jam.

We will be happy to hear your feedback!

A very, v e r y, strange puzzle game that had me completely bamboozled the majority of the time :'D some minor performance issues but a very well made game, some puzzles more complex *the bloody multiple box one :'(* than others but still never neat! Great job! :D Game play is below and starts at 7:26 if interested :)

Thank you for playing! I bet the multiple box puzzle would be easier if you used all three boxes on the level, instead of trying to pull crazy parkour moves with just two :D

I realised that whilst editing the video :'D

This was a complete joy to play!

Thank you for playing! If you liked the game, you can give it a rating on unexpected game jam page: https://itch.io/jam/unexpectedjam/rate/756974

No music for one. The puzzles sort of made sense but started not making sense after the announcement of some sort of Tie award. Had to stop in the room with two switches, a laser, what looks like a giant cheese grater, and spikes with the narrator talking about "being low of resources." The solution to that one was obvious but not doable because of the game physics.

Thank you for playing! If you want to support the game, the best way to do so is to go to the Unexpected game jam page and give it a rating. This game was made in only two weeks, we tried our hardest to make it interesting and we don't have that many ratings so far, so your help would be greatly appreciated.

A great little game which I greatly enjoyed playing. Could definetly do with some background music at add extra suspense!

Thank you for playing! 14 deaths, not too bad for a blind playthrough

I had great fun with it! I imagine (and hope) we will be seeing a lot more of this really great game.

thank you! I have no idea what you're saying most of the time but your reaction upon seeing that eye behind the door is priceless :D

Reply
Rahnaf2 years ago
Loved the vibe of this game. That feeling of being watched and being put through different tests. The narrator also made things quite fun. Would love to see more games like this in the future with new puzzles!
Reply
anindrikson2 years ago(+1)

Thank you for playing! Also, you DID become a manager in the end. You just kind of end up in the same tiny room with a bed and a toilet, the one where you started off (it is pretty dark but you can still see it's the same room if you look closely).

Ah ok, I thought I just fell into a hole lol

[There may be spoilers ahead, read before playing!]
Great game! It kinda reminds me of portal because of those puzzles with cubes and buttons, but the solving of puzzles is completely different, every level has it's own way and you should think out of the box, I like that! All that idea with you waking up at some cell and hearing pre-recorded TTS messages with cameras looking at you, monitors with eyes are really cool, yet creepy. It has some eerie atmosphere, and also reminds me of Portal (kind of, I feel like it has some similarities, but it still feels completely different when you play it) with those messages and cameras. I'd really like to see what the "council" is and if there would be a remake or a full project made out of this, I'd totally play it. :) Also, good choice with the TTS, I couldn't understand if that's a human or a computer talking *By that I mean it doesn't hurt ears, it's really nice to listen to!
It's a bit too silent, so some atmosphere like sound of wind/lamps and etc. would be nice.
Aight, now about what I found when I was playing!
1) If you jump and press spacebar many times while you're in process of jumping it just plays the soundeffect MC does when you jump
2) In red room with maze if you enter and touch the wall to your right you can watch through it and see everything white, the sun and sky, some map details like the screen with moving eye too.

3) On puzzle with only one cube and many death traps your blood gets on the door and when you open in it's not really on its surface, it kind of floats there, so when it opens it just doesn't move with door and then disappears completely.

4) The blood that got on walls/doors is looking kinda strange.. Like glitchy stripes

5) Something something I can't really describe..

7) Sometimes the lines of TTS messages just cuts off, I think it's because of triggers?
But that's all I think, this game was good, puzzles aren't hard that I can't even think of anything, they're fun, easy (so you won't stuck anywhere) and interesting!
I wish you luck in your next games, if there's some kind of blog for those or will be I'd like to know where I can find you so I can be in touch with it!

Thank you for playing, and for finding all the bugs, too! I mean, we knew about all of these issues (we were short on time so decided not to fix them) but you sure are thorough.

Reply
BAYAEARAE2 years ago(+1)
I like it because it feels like a portal
Reply
Suspended account2 years ago
Reply
BetaHunter2 years ago
Such a cool game. But boi, do you need to be able to sell this better. This game is so underrated and has not gotten the attention it deserves. Add the good images to the front page and maybe a gif or two! It was so interesting and fun. Not too hard or too easy, just fun and creepy.

Thank you for playing the game! I'm glad you liked it.

We only published it one day ago as a submission to a 2-week game jam and immediately went to sleep, so we haven't had time to think about promotion. But I see what you mean, thanks for the advice.

I gotta say, you beat this thing like a professional! Didn't really get stuck anywhere, and finished the game in ~20 minutes. None of our testers even came close to this result.

What, they must have not listened to the narrator, he gives some pretty solid clues haha 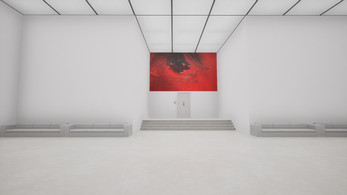 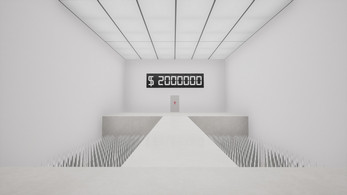 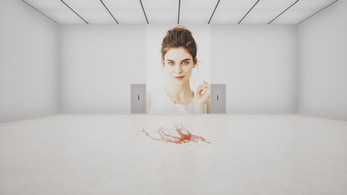 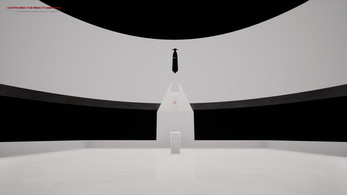 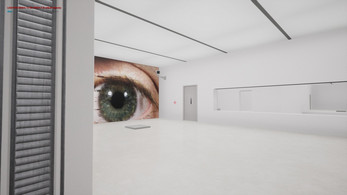 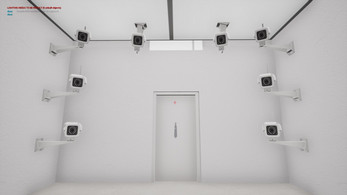 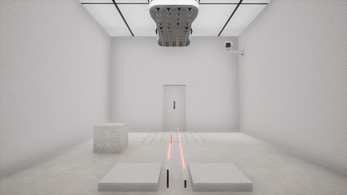 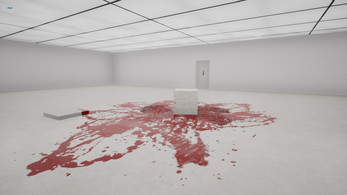 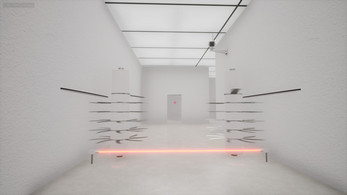 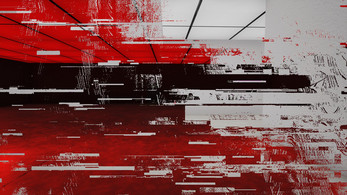